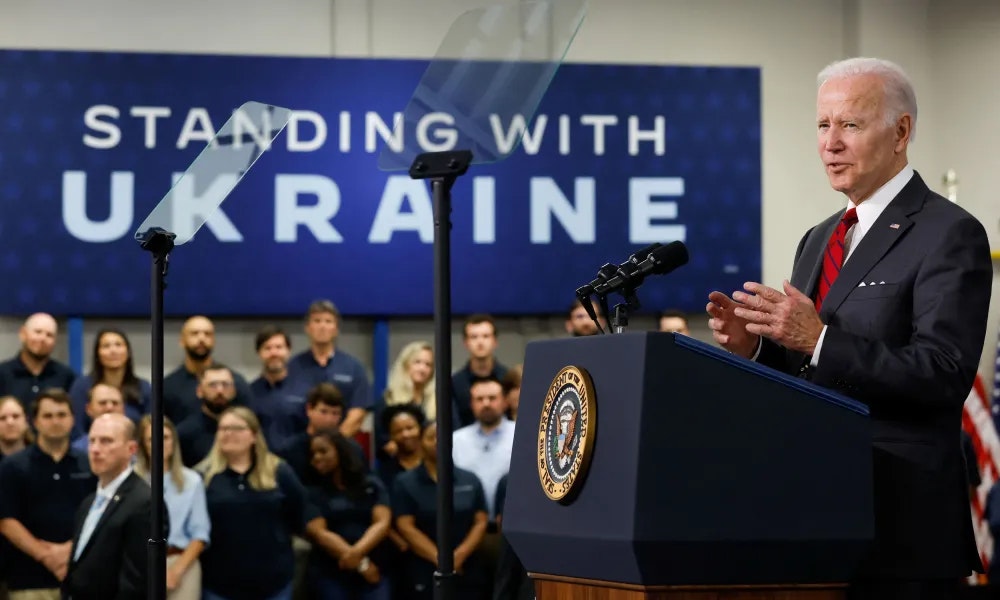 Written by Nigel Tufnell on May 11, 2022. Posted in Accountability, Executive, Money matters, News.

President Joe Biden announced on Friday that the United States will be delivering a new $150 million in military aid to Ukraine as the Russian invasion continues to ravage the country.

The new package, which includes “additional artillery munitions, radars, and other equipment,” brings the total amount of US aid to Ukraine to $3.8 billion since the onslaught began in late February. According to the Pentagon, the new package includes 25,000 155mm artillery rounds, three AN/TPQ-36 counter-artillery radars and electronic jamming equipment, and more.

President Biden requested $33 billion from Congress last month to help Ukraine defend itself against Kremlin forces, and reiterated the request this week in the statement announcing the new aid package.

“With today’s announcement, my Administration has nearly exhausted funding that can be used to send security assistance through drawdown authorities for Ukraine,” the statement reads.

“For Ukraine to succeed in this next phase of war its international partners, including the US, must continue to demonstrate our unity and our resolve to keep the weapons and ammunition flowing to Ukraine, without interruption,” the statement said. “Congress should quickly provide the requested funding to strengthen Ukraine on the battlefield and at the negotiating table.”

The announcement of the new US aid package to Ukraine comes just before an important Russian observance day, Victory Day. Traditionally, on May 9, Russia celebrates their nation’s victory over the Nazis in World War II, and is celebrated with parades and military marches.

Some outlets have reported Putin may officially declare war on Ukraine on Victory Day, and President Biden was scheduled to hold a virtual meeting with G7 leaders on Sunday ahead of the potential escalation.