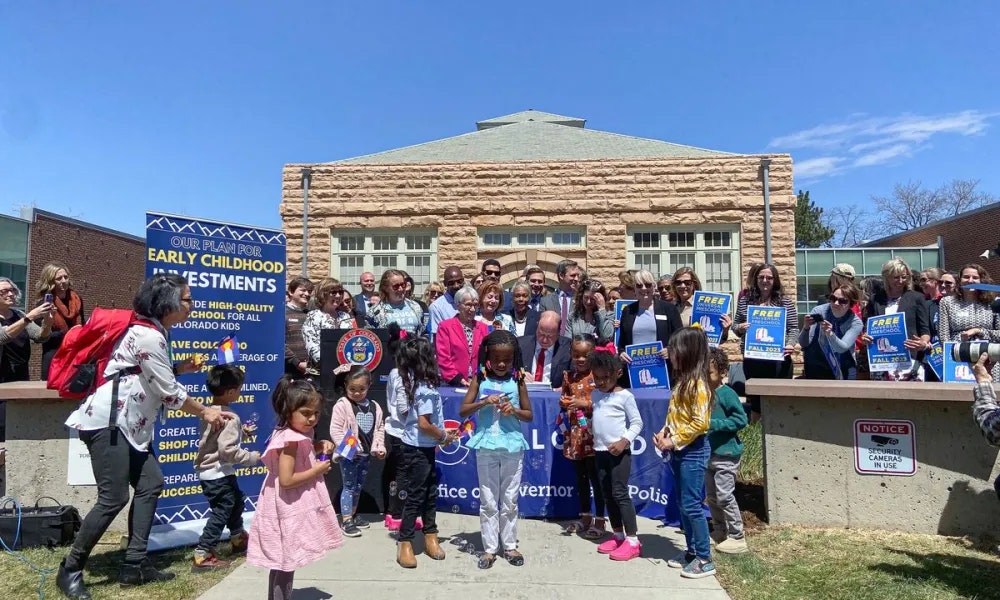 Gov. Jared Polis (COL-D) signed a bill into law on Monday that will make universal Pre-K free for all Coloradans by next year.

House Bill 1295 aims to establish a long-promised universal preschool program and a new Department of Early Childhood. Under the bill, the program will begin in 2023, providing 10 hours per week of free preschool for all children the year before they enter kindergarten.

Gov. Jared Polis signed the bill on Monday, touting the legislation as an accomplishment of his administration. Polis has campaigned for free preschool since he was running for governor in 2017.

“Today, we are celebrating the final milestone of turning the vision of free universal preschool for every child into a reality in Colorado,” Polis said. “There is no better investment than an investment in education and our kids.”

The universal preschool program will save Colorado parents an average of $4,300 per year in child care costs, according to state estimates. Under the bill, parents are able to choose a preschool provider themselves within their community.

The state Senate passed the Democrat-sponsored bill in a 24-11 vote in April, following the House’s 43-19 vote in March.

“We are doing something historic,” said Senate President Steve Fenberg, D-Boulder, who sponsored the bill. “Success for Colorado starts with support for the youngest Coloradans. As we continue to build back from this pandemic and folks across the state continue to return to work, we need to be able to provide parents with child care opportunities that are easy to navigate and also won’t break the bank.”

Republican lawmakers proposed several changes to the bill on the Senate and House floors, all of which were rejected. This included efforts to delay the bill’s implementation a full year. Some opponents raised issue with the Department of Early Childhood that will be established under the bill.

“Government continues to grow and grow and grow dramatically. Since 2019, we have added 14 offices of government,” Sen. Paul Lundeen (R-Monument) said on the Senate floor while voting against the bill. “This creates a new department, a massive department. Friends, colleagues, beware. Government is growing fast in the state of Colorado.”