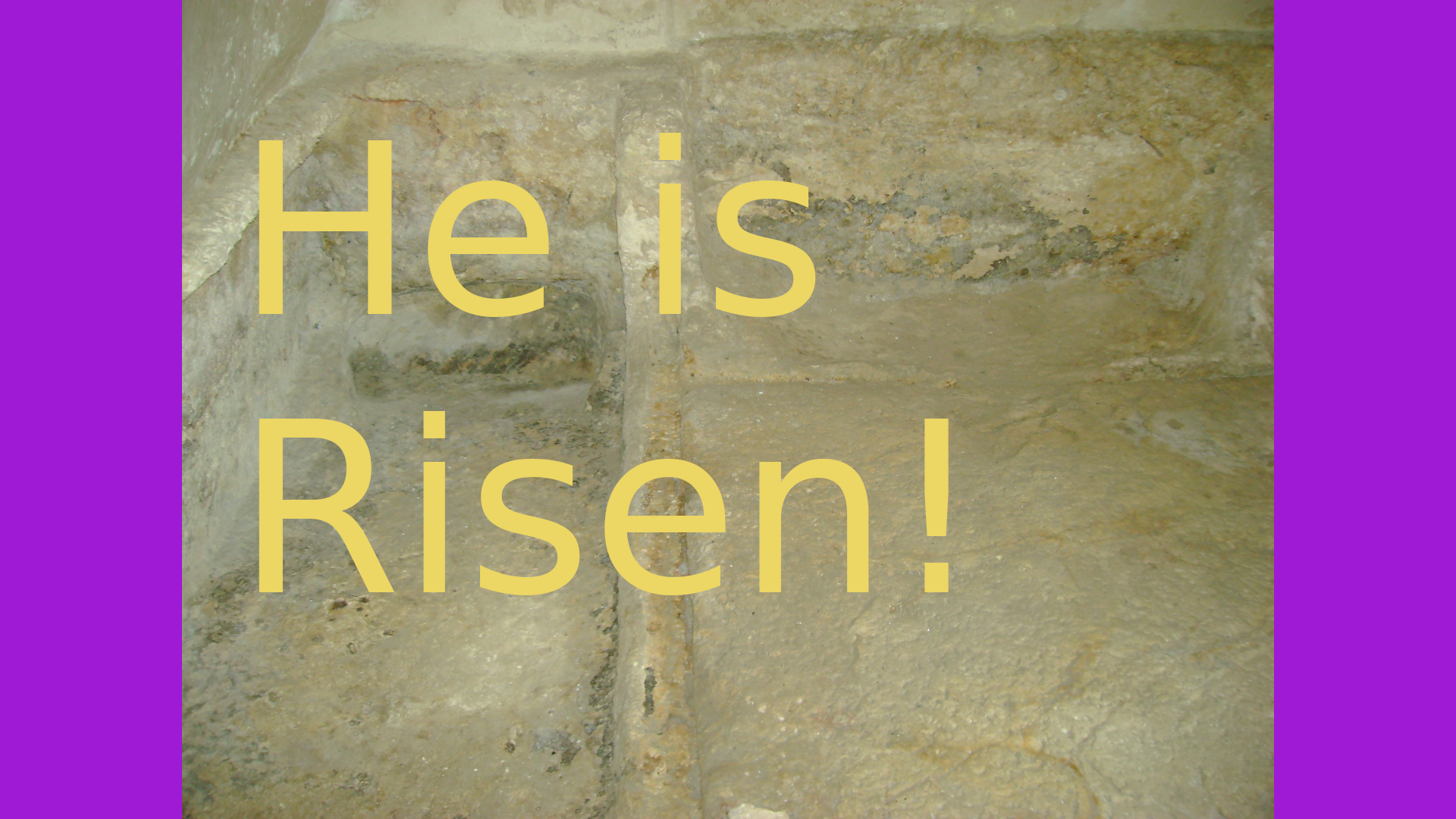 Today is Easter, or Resurrection, Sunday. To most, it means candy, and that colorful German invention, the Easter Bunny. But it really means something far more profound. It is the Biggest Deal of all Christian tradition. Without it, there is no Christianity.

What happened at the first Easter?

Easter happened, as nearly as we can reckon it, 1,993 years ago, give or take a year. The dispute centers on how many Sabbaths the ancient Jews were observing at the time – one or two. (Technically, Passover is a Sabbath by itself, and the original Greek speaks of events after the Sabbaths – plural.)It also turns on the meaning of phrases like “three days” or “third day.” We do know that the earlier Event – the Crucifixion – happened under a full moon. We know that because Passover always falls on a full moon, by Jewish law.

That the Crucifixion happened on Passover is no accident – and in fact, we can truly say that Jesus planned it that way. How does One plan His own death, you ask? Well, God, Who is above time, can plan anything. Why did He do it? To make a complete blood sacrifice for all the sins every human being had committed or would ever commit. Atonement for sin requires the shedding of blood. Jesus came to atone with His own Blood.

To this day, scholars dispute exactly where the Jews of Judea laid Jesus to rest. Some favor a spot within the Old City of Jerusalem. The Church of the Holy Sepulchre stands on that site. But others favor another site, a tomb immediately outside the Old City, with a garden surrounding it. Your editor visited the site exactly eleven years ago and took pictures. This gallery holds a selection of my best pictures. They include exterior and interior of the tomb, and the great circular tombstone.

The former tax farmer named Matthew, or Levi, tells us that a messenger from God rolled the stone away, so that people could enter it and see for themselves: Jesus was not there. That explains the great angelic message: He is Risen.

No, no one stole the Body

By the way, Matthew also tells us of the obvious explaining-away story: that Jesus’ disciples stole the Body the night before that first Easter. The full story shows how ridiculous that rumor was. First, the Jews insisted to Pilate that someone might steal the Body to lend credence to His prophecy. So Pilate posted a guard on the tomb. But that proved unavailing. Jesus moved where He willed, when He willed. He need never have conformed to human or physical limits; He observed them only to avoid confusion. Remember when he first said a prophet was not without honor except in his own home town? How do you think He escaped that time? Literally by teleporting Himself away. Which shows again that He went willingly to His death on the Cross.

But when a messenger from God rolled the stone away, He shone with a very bright light. That frightened those guards as nothing else could have. In all their military careers they’d never seen a sight like that.

Now what? A big circular stone rolls away from the tomb and – no Body! What happened? Matthew says the Jews paid a bribe to the guards to say someone stole the Body. That must have been some bribe, because the penalty for sleeping on watch was death. Then again, those guards would not have cared to admit that this Man was a God that could beat Jupiter Optimus Maximus!

Proof that Easter was Real

Today too few people still remember what Easter was about – because men like John Dewey and Roger Baldwin (of ACLU fame) have labored deliberately to teach atheism. But the nay-sayers have problems. Last week CNAV mentioned Peter Stoner’s showing that the probability of forty-eight prophecies just happening to fall out as they did was less than one in ten thousand quinquagintillion. But we also have this interesting testimony from Charles Colson, of Watergate fame. He writes:

I know the resurrection is a fact, and Watergate proved it to me.

How? Because 12 men testified they had seen Jesus raised from the dead. Then they proclaimed that truth for 40 years, never once denying it. Every one was beaten, tortured, stoned and put in prison. They would not have endured that if it weren’t true.

Watergate embroiled 12 of the most powerful men in the world-and they couldn’t keep a lie for three weeks.

You’re telling me 12 apostles could keep a lie for 40 years? Absolutely impossible.

We don’t really need Peter Stoner to quote us odds on that. Because we have the letters of Paul of Tarsus and of a few other men who knew what happened that first Easter. Only one of them – John of Jerusalem, John the Beloved, died peaceably in a regular bed. The others all died under sentence of execution or from mob violence.

Remember that when someone tries to tell you that the events of that first Easter never happened.