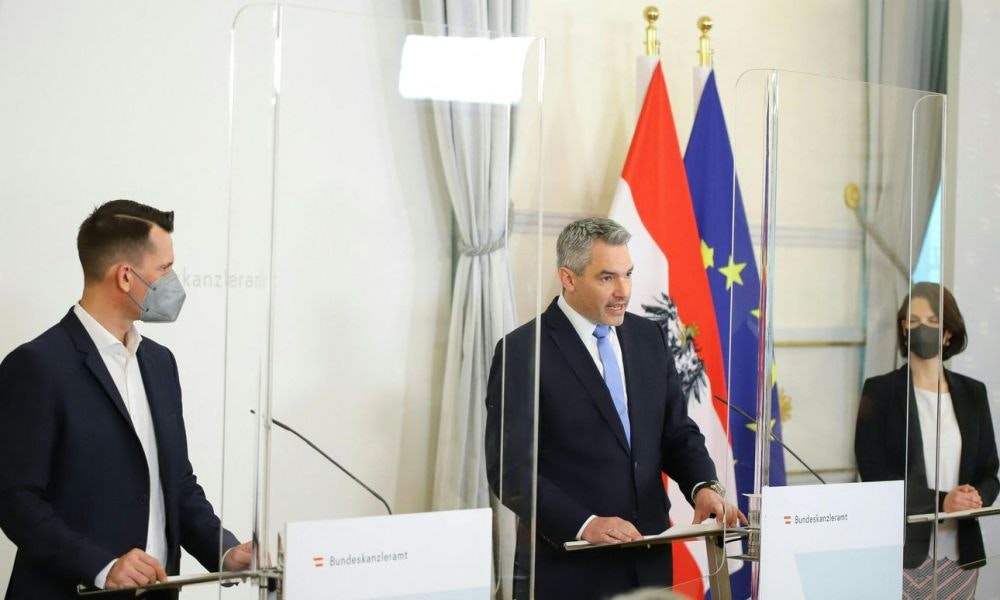 Austrians over the age of 18 will be required to get vaccinated, new law says

The government initially wanted to cover everyone aged 14 and older, but now the measure only applies to adults, except pregnant women and those with a medical exemption.

The law, which is due to come into effect on 1 February, would make Austria the first European country to introduce a mandatory jab. From mid-March the law will see adults unvaccinated against Covid-19 subjected to fines of up to €3,600 ($4,078).

So far, 72% of Austrians have been fully vaccinated against the virus. The majority of parties supported the measure, with the new legislation passing with 137 votes in favour and 33 votes against it.  The only significant opposition came from the Freedom Party (FPOe).

FPOe leader Herbert Kickl railed against the law in Thursday’s charged parliamentary debate, claiming it “paves the way to totalitarianism in Austria”. He vowed that he himself would continue to refuse vaccination in defiance of the new law.

“Vaccination is an opportunity for our society to achieve lasting and continuous freedom, because the virus cannot restrict us any further,” centre-right Chancellor Karl Nehammer told reporters earlier ahead of the parliament debate.

Green Health Minister Wolfgang Mueckstein appealed during the debate on “all citizens to question myths around vaccination”, insisting that “all the evidence indicates that the vaccines available in Austria are safe”. “It is adopted with the (necessary) majority,” Doris Bures, second president of the National Council, said.

Tens of thousands have demonstrated against mandatory vaccination in regular weekend rallies since the measure was announced in November in a bid to drive up the country’s vaccination rate.