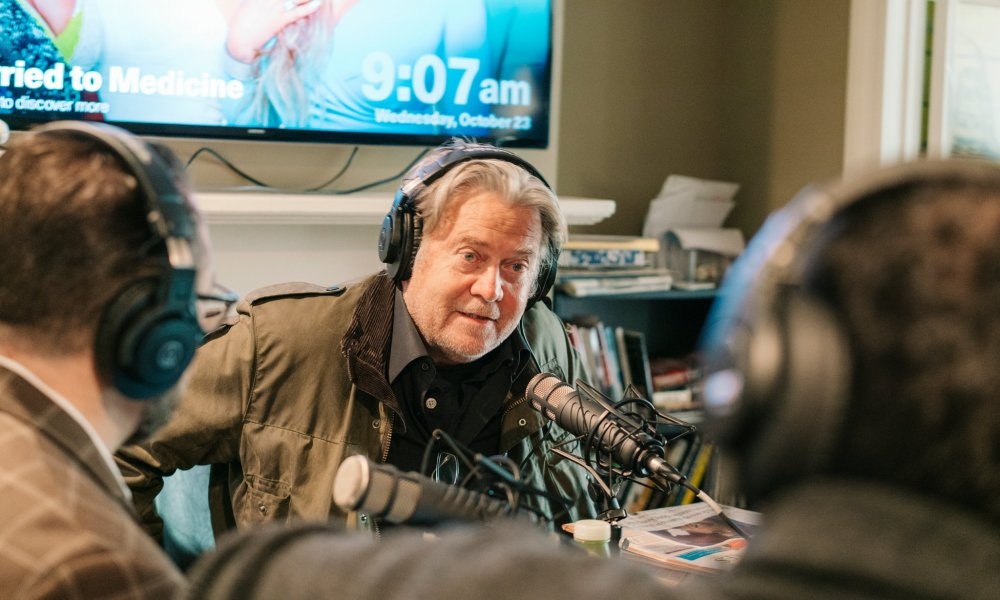 “Fox does not cover Trump at all, whatsoever,” Bannon said of the Republican-allied network’s on-air handling of the former president’s Save America rally that took place in Florence, Arizona.

“You’re not a news organization. What the Murdochs want is the – they want a Glenn Youngkin, or they want some nice guy who will sit there and give them tax cuts and deregulation,” Bannon continued in his comments.

Despite the Fox News Network not carrying Trump’s rally remarks live on air, it did publish several news stories on the event. Tensions between Bannon and Fox News have risen more recently.

Like MyPillow CEO Mike Lindell, the ex-Trump strategist has found himself often making heavy criticisms against the right-leaning network, which Lindell himself calls “controlled opposition.”

But during Bannon’s time within the Trump administration, he had a relatively friendly relationship with Fox, as the network typically backed his attacks on the media.

After his on-air rant during his podcast episode on Monday, Bannon took to Gettr to let out further frustrations, “Fox News, which did not give one second of coverage to Donald J. Trump’s massive rally, showed no respect to anyone in the MAGA movement.”

Gettr, which was founded by a fellow ex-Trump staff member, is the right-wing alternative to the popular social media site Twitter.