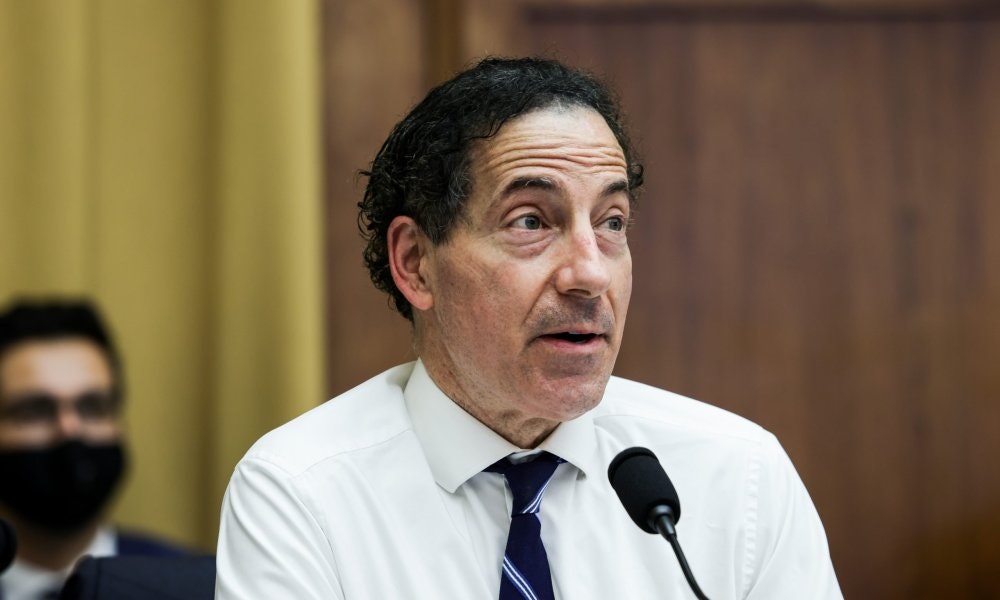 Rep. Jamie Raskin suggested on Sunday that Donald Trump could be blocked from returning to the Oval Office if the Democrat-controlled January 6 committee rules that the former president was complicit in “organizing” or “participating” in last year’s attack on the Capitol.

The Maryland Democrat, a January 6 committee member and former House impeachment manager, said Democrats and those opposed to another Trump term in the White House would have the Constitution on their side.

“Section 3 of the 14th Amendment says that anybody who has sworn an oath to uphold the Constitution, who violates and betrays that oath by participating in an insurrection and rebellion against the Union shall never be allowed to hold public office again,” Mr. Raskin said on ABC’s “This Week.”

“That was adopted by the Republicans, the radical Republicans, after the Civil War during the Reconstruction period. It was used then and it may indeed, depending on what we find Donald Trump did, be a blockade for him ever being able to run for office again.”

When asked about whether Mr. Raskin had evidence Mr. Trump participated in the insurrection, Mr. Raskin cited the House’s second impeachment of Mr. Trump after the Jan. 6 riot. Mr. Trump was later acquitted in the Senate.

“The question is to what extent he was complicit in organizing [the riot],” Mr. Raskin said. “And that’s exactly what the select committee is looking at, as we are fulfilling our charge under House Resolution 503 to determine all of the facts composing the events and causes of the events on Jan. 6th.”