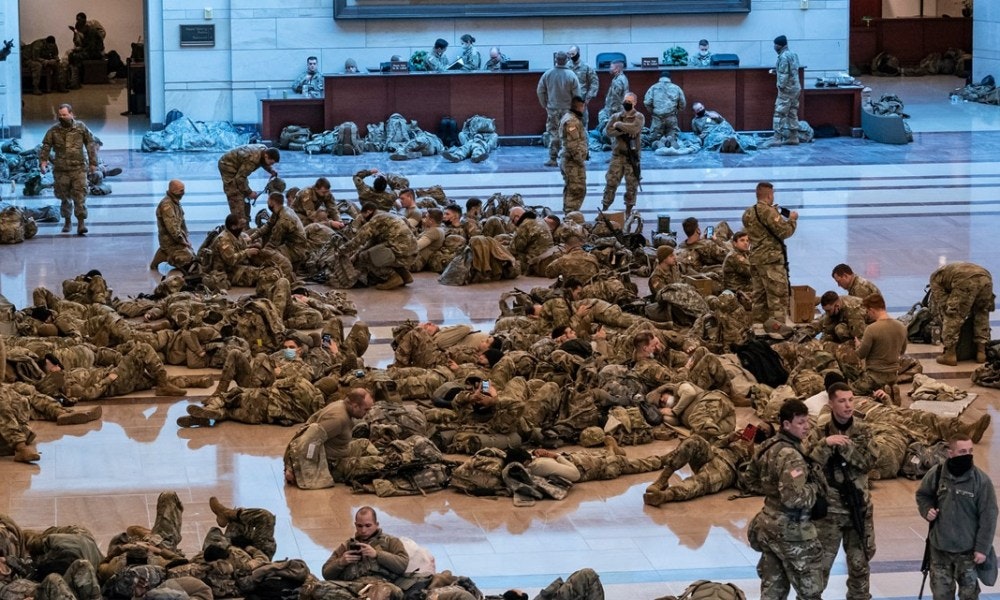 Speaker Pelosi says it was ‘inexplicable’ that it took so long for National Guard to be activated on Jan. 6th

Written by Hans Gruber on January 11, 2022. Posted in Legislative, News.

House Speaker Nancy Pelosi (D-CA) said on Thursday it was “inexplicable” why it took the National Guard so long to be activated on January 6th.

Pelosi made her comments on the CCNA anniversary special, “Live from the Capitol: January 6th, One Year Later.”

According to the Hill, Pelosi said that she, Senate Majority Leader Chuck Schumer (D-NY), and House Majority Leader Steny Hoyer (D-MD) had called officials and governors while the attack was occurring.

“We were fighting to get the National Guard and it was very hard,” she said. “Chuck Schumer and I, Steny Hoyer, on the phone making calls about this, calling governors to make sure that they – we understood the readiness of their folks to come.”

She continued, “One of the under assistants, whatever you call them, secretaries of defense, McCarthey kept saying, ‘Well, it’s hard and it takes time and I want to talk to my boss and I haven’t [had] chance to go see him.’ There was really a delay.”

The National Guard’s response time on Jan 6, 2020, remains under scrutiny after what took place that day.

Cooper mentioned that some Republicans spoke publicly about the event, and others seemed to brush it off.

Pelosi responded, “Well, let’s not spend a whole lot of time on their excuses and whining. The fact is, it was a terrible thing that happened. An assault on the Capitol, an assault on the Constitution, so that we did not arrange for the peaceful transfer of power, an assault on our democracy. They can say whatever they want. But you’d have to ask them why they would not want to show up for something they knew was wrong.”