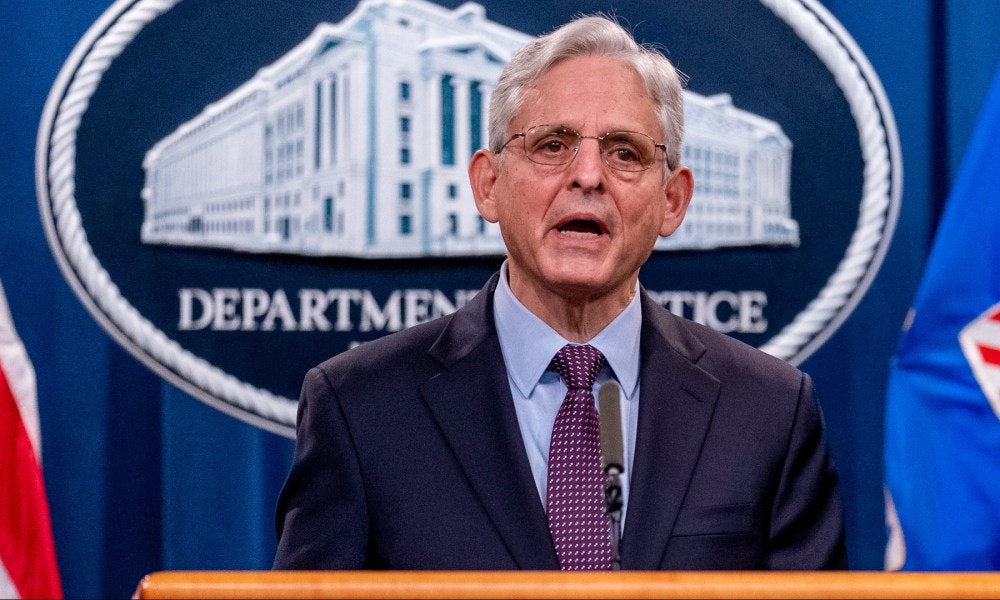 Attorney General Merrick Garland says Jan. 6th investigation will last ‘as long as it takes’ for ‘justice to be done’

Attorney General Merrick Garland said Wednesday the Justice Department has “no higher priority” than bringing to justice those who were involved in last year’s January 6th Capitol Hill riots, amid a surge in crime which continues to plaque prominent American cities.

“The Justice Department remains committed to holding all Jan. 6 perpetrators, at any level, accountable under law, whether they were present that day or were otherwise criminally responsible for the assault on our democracy,” Garland said. “We will follow the facts wherever they lead.”

“We will defend our democratic institutions from attack. We will protect those who serve the public from violence and threats of violence,” he promised. “We will protect the cornerstone of our democracy: the right of every eligible citizen to cast a vote that counts.”

“Our answer is, and will continue to be, the same answer we would give with respect to any ongoing investigation: as long as it takes and whatever it takes for justice to be done — consistent with the facts and the law,” he said.

He provided some statistics on that day, saying 80 Capitol Police and 60 D.C. police officers were assaulted. He said authorities had viewed 20,000 hours of footage and received 300,000 tips from Americans in their probe, with more than 725 defendants charged so far.

He also gave an explanation for some of the optics of the probe, with 145 people pleading guilty to misdemeanors, and therefore getting lighter sentences. He said that was in keeping with “well-worn prosecutorial practices, and that those decisions reflected the ‘facts of those cases” and people’s “acceptance of responsibility.”

“Those who conspired with others to obstruct the vote count also face greater charges,” he said. The plea deals have allowed investigators to focus on “more serious perpetrators.” The FBI has confirmed that more than 100 police officers were assaulted Jan. 6th.