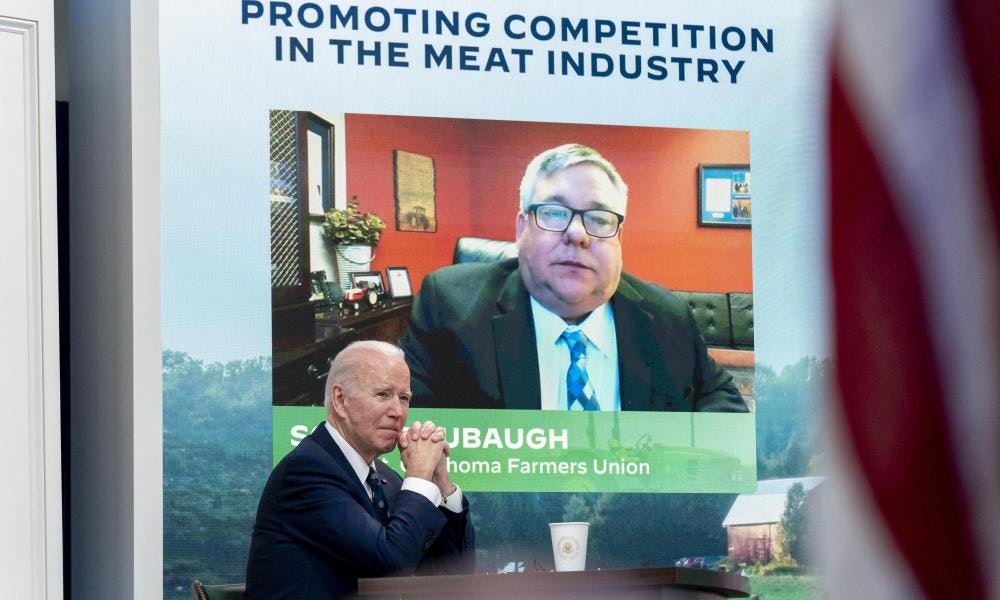 Efforts would include increasing competition within the meat industry as part of his administration’s attempts to combat sharp inflation.

“Capitalism without competition isn’t capitalism, it’s exploitation,” said Biden. The president is currently building off a July executive order that prompted the Department of Agriculture to more strictly look at possible violations of the 1921 Packers and Stockyards Act. That legislation was designed to ensure fair competition to protect consumers by promoting lower prices.

The cost of meat has climbed 16 percent from just a year ago as beef prices are up 20.9 percent. Biden added that higher prices were a subject of conversation at his kitchen table as his wife, Jill, was talking to her sister and a friend on Sunday about how a pound of hamburger meat costs $5 per pound. Before the pandemic, the price was less than $4.

The high inflation also prompted Democratic Senator from West Virginia Joe Manchin to cite higher prices as a reason to stop the president’s tax, social, and economic programs. In November, consumer prices rose 6.8 percent over the 12 months prior, which represented a 39-year high.

While the administration is targeting meat processing plants, as the White House says the top four companies control 85 percent of the beef market, industry groups are pushing back.

Executive vice president and chief policy officer at the U.S. Chamber of Commerce, Neil Bradley, said the coronavirus pandemic as well as higher costs for energy and labor are causing the increase in meat prices, not the structure of the industry.

Bradley added that the administration is practicing politics rather than economics and “government intervention would likely further constrain supply and push prices even higher.”