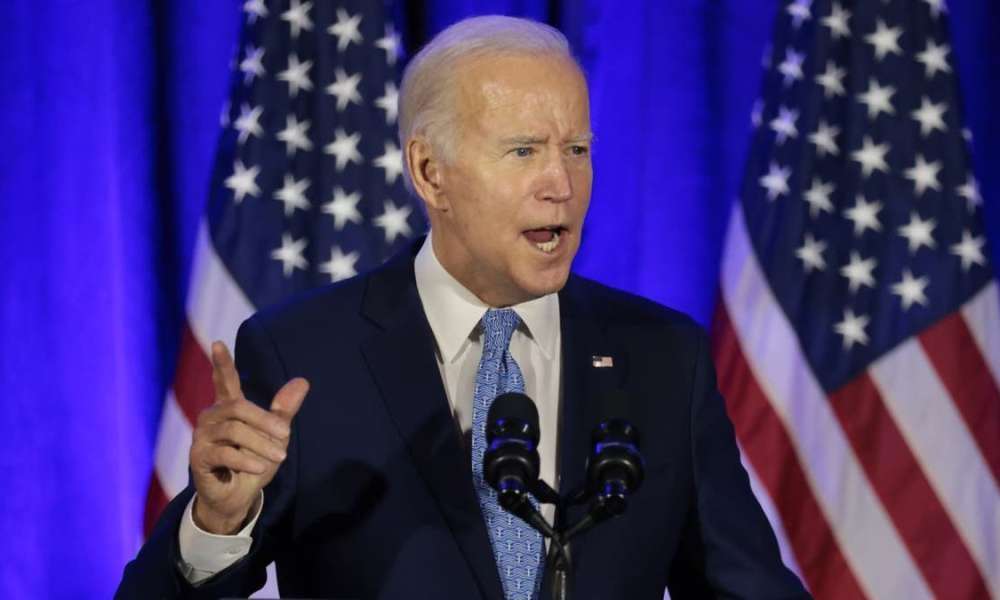 Written by CNAV News Board on December 17, 2021. Posted in Accountability, Executive, News.

President Joe Biden headlined the Democratic National Committee’s party on Tuesday night, giving a speech in which, he touted his administration’s agenda and railed against Republican objection to Democrats’ voting rights legislation.

He said the GOP was following Donald Trump ‘into the abyss’ by fueling baseless claims the 2020 election was rigged. “As Democrats, we stand for the people,” his VP Kamala Harris said in her own speech. “And we will fight for the people.”

“I want to tell my Republican friends: Get ready, pal. You’re in for a problem,” Biden said, explaining that Republicans are “against everything” and challenging the crowd to name something the GOP is “for.” Many political analysts expect Republicans to roll up victories in House elections next November.

House Speaker Nancy Pelosi also spoke at the event and explained how Biden is the “perfect” president to handle the challenging times facing the country. “Our country could not be better served than with this most experienced and capable hands than yours, President Biden,” the San Francisco Democrat told the crowd. “He’s just perfect. The timing couldn’t be better.”

Biden joked Friday night, during an appearance on NBC’s “Tonight Show,” that he no longer pays attention to his approval ratings. “Well, not anymore,” Biden quipped during the remote interview from the White House after host Jimmy Fallon asked him how much he pays attention to poll numbers. “I’m joking,” the president stressed. “I was paying attention when they were in the mid-60s, but now that they’re in the 40s, I don’t pay attention.”