Everyday now more and more dirty deeds perpetrated by the ex-usurper Obama and his cadre of slimy operatives are slithering out of the bowels of that malodorous swamp. While the targets of these treasonous acts were Donald Trump and his staff, the real victims are the American people and the US Constitution.

Trump was right a month ago

Especially known for her infamous performances on various talk shows where she explained to the world how a video that had 6 views on YouTube had instigated the attacks on the Benghazi consulate which resulted in the deaths of several great American heroes, Susan Rice, has just been identified as one of the persons who has been engaged in “wiretapping” the Trump organization.

We used the word “wiretapping” to illustrate the conniving, misleading, verbal gymnastics being put out by the propaganda wing of the Democratic Party otherwise known as the MSM. Everyone knows that when Trump tweeted he was being “wiretapped” he used an old school jargon because, well, he’s from the old school. The last time we looked cellphones, IPhones and laptops were not tethered to wires. Only a fool would think that Trump meant an actual wiretap, where some spy vs. spy people physically attached recording devices to the Trump Tower phone system. The news media knows better but they are confident that the few people still listening to them are idiots and will accept their narrative.

Because they know full well and probably have known for some time that Trump and his people were being spied upon by the Obama regime they also knew it was not the wiretap method by which it was done. That is why they continue to harp on Trump’s use of the term “wiretapped”. They think they are as clever as they assume the American people are stupid.

So if we upgrade the old school jargon to the new school terminology we come up with the term “electronic surveillance”. Therefore, President Trump in his now Famous Tweet,

was as he always is, correct. Nothing unhinges the left more than Trump always being right. Nothing, that is, except that he is still breathing.

Watching the talking heads every day and reading all that can be read, one very, very important conclusion, not spoken or written of, can be drawn as a result of these high crime spying activities. More on that hypothesis in a moment.

The aforementioned Rice is an individual who has proven beyond any shadow of a doubt that she will lie to reporters, lie to commentators and lie to the entire country and the world at the behest of her progressive savior, one Barack Hussein Obama. Having been ordered to spiel falsehoods on so many occasions one might surmise she would have acquired some amount of proficiency. But compared to her boss and the two Clintons, she is but an amateur.

Several days ago Rice was browbeaten with a feather by questions from a MS reporter. This reporter shall go un-named here but as she responded to every falsehood with sad doggie eyes an amicable head nods the viewers were informed by Rice that she knew nothing about the unmasking of American citizens. Unfortunately just two days later it was revealed that Rice was the one who did the unmasking. The same unmasking she knew nothing about. Oops!

Then one week later, being grilled, sorry, being feathered yet again by another talented investigative journalist, Susan Rice admitted to unmasking American citizens’ names. Contradictions which, by the way, instigated not one follow-up question and why Rice can hold no candle to Obama and the Clintons when it comes to lying.

She didn’t act on her own

Not to take anything away from Susie-Q, but it is highly doubtful that she has done anything, other than performing “lie practice” in front of a mirror, without the direction of Obama. (Who it is that directs Obama is, as they say, another story.) Could anyone honestly think that this assault on the foundation of America’s freedoms and the violation of the privacy rights of those working for Donald Trump was done by Rice on her own? When and how she was directed or authorized to do this we probably will never know. But we do know, it was directed.

We could venture to ask Obama this question but as you know he is on an extended male only island vacation in a private $1,300 a day resort in Tahiti. If and when he manages to pull out of his compulsions he could be asked about this. While he may have some island fairy tales he could relate don’t count on a straight answer.

Returning now to the questioned proffered above. What is it about this entire charade that no one has reported or commented on? Let’s review. It has been revealed that not just Trump but many of his people and all of his potential administration appointees have been wire tapped, ah, surveiled, for well over a year.

This surveillance began even before Donald Trump began promising to drain the swamp. Before he announced his candidacy. Before he won his first primary. Before he won the nomination and before he won the electoral landslide in November. And, it was in full swing many, many months before any of the fabricated Putin-Trump collaboration myths were being pedaled.

What they have found! 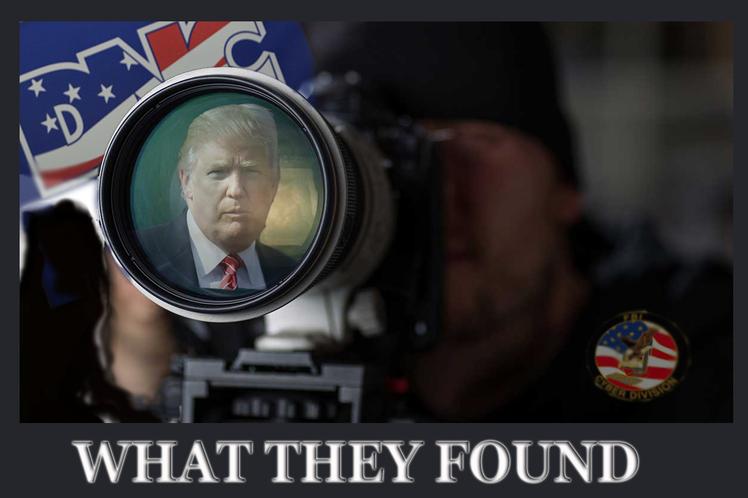 Here is the profound and absolutely amazing bottom line which cannot be denied. After more than a year of eavesdropping on Trump’s organization, his friends, his administration and his volunteers not one single piece of information was captured that the left could use to destroy Donald Trump. This eavesdropping by the way had nothing to do with National Security and everything to do with mining for Kryptonite which would be used to help them demolish our Superman.

Yes, they did find out that General Flynn had failed to report to Mike Pence that he had talked to a Russian diplomat. That conversation nor the failure to mention it to Pence were crimes. Neither did it reveal any conspiracies. But as Trump said, it represented either intent or forgetfulness on Flynn’s part. Neither of which would be acceptable in his admiration. That is why Flynn was removed. No other reason.

A vital struggle for liberty

As you read this, think to yourselves how well you would fare if every word and every deed you said or performed over the past year were recorded, manipulated and then broadcast to the world. Now consider that Trump and his people were in a battle to unseat and remove some of the most powerful, despicable and ruthless people this country has ever seen and during that time, during that struggle, his entire organization was under the left wing’s microscope and recording devices.

It must have been more frustrating than the failure of a double dose of Sildenafil Citrate for Obama and his spy network to have begun reviewing hours and hours of surveillance captures only to find nothing they could use or manipulate onto something that would deflate Donald J. Trump. Priceless would be pictures of those “National Security” reviews.

After more than a year, not one person associated with Trump did or said anything that could be remotely considered as unlawful or conspiratorial. That my friends should be the main story. We finally have a President who has integrity and honors the rule of law and who can be trusted to fight the fight tough and relentlessly but within the confines of dignity and respect for our Constitution.