Written by Dwight Kehoe on August 15, 2016. Posted in Ignite the Pulpit.

Throughout the long history of mankind, at least through the recorded epochs, there have been many forms of religious practices. Many periods, prior to a written language, chronicled events and social milieus via word of mouth or epic tales passed down through the generations. Later came inscribed verses which required alphabets or symbols for a structured language.

One of the things that remain consistent and always extant in the history of mankind has been the belief in some form of deity and the rules required to adhere to the tenants of a belief which formed around a loving god. Even the earliest inhabitants of this world understood that there was just too much to understand and comprehend. There had to be, even to these pre-civilization people, something higher, something ubiquitous that controlled all which was beyond their ability to comprehend.

Many societies, simply because there was no way to grasp the sun, the moon and the stars hanging over their heads inconsistently with their gravity controlled existence, would elevate these things to god status. Some common peoples, seeing their rulers existing in a caste so far above the misery and struggles they endured, easily convinced themselves they were gods on earth.

As humans understood the physical world more, questions they could not answer remained, and will forever remain. The belief in a god or gods, grew from these new revelations and organized religious systems began to form. Still, religions idolized several deities, not a one true and singular God. Many scholars believe God chose Judea as the communication vehicle from heaven to earth. Judea had advanced to an ideology of one God. He did not choose  the Jews to be special or forever in favor. But He chose them to deliver the message of a One and only Father.

Over the millennia, except for short-lived beliefs in sun gods or volcanic deities which demanded human sacrifices, every organized religion has been founded on the approval of a good and loving god. Whether it be Hinduism, Buddhism, Catholicism, or any of the other hundreds of systematic faiths, the common theme for all of them remained the same. Do good, care for your common man, love him as you would love the god which reigns supreme over your world.

All, that is, except one. There is one dubious religion which provides not for love of the fellow man, but demands his death. A death void of compassion and filled with incomprehensible bloodletting, destruction, misery and evil. They label this malevolence as a religion, while in truth it encompasses less religion than the cold and heartless thought process of a shark devouring a baby seal. They at times quote phrases of peace and love while in the same breath preach, condone and require hatred, deceit and murder.

These practitioners claim that their god is all powerful and void of any fault or ability to err. But curiously he (it) has created human beings for the sole purpose of eliminating them. They will never address why their god would produce infidels, guilty of nothing more than where or how they were born, only to have the faithful decapitate them, drown them in cages, set them afire, toss them from roof tops or stone them to death.

The purveyors of this evil will never consider contemplations like that. They will not ever let anyone confront them with, or force them to consider them. To allow that, would lower the veil, excuse the intentional pun, and expose the insanity of their beliefs.

As we discuss this, I remember that idiot Will Smith who recently made some comments about how much the Muslim people of Dubai love him. He said those things for the sole purpose of obfuscating the dangers posed by Islamic terror and thereby denigrating those who are concerned about it. Will Smith seems to have forgotten or never paid attention to the special love that Islam showed to the Orlando Night Club patrons. Nor did he not notice the love the Islamists showed to those men they burned alive in cages. Or for that matter, the love they have shown for those hundreds of kneeling infidels in orange jump suits before they sliced open their jugular veins or splattered their brains in the sand.

The comical Will Smith had better pray that these persons he so affectionately admires and whom he claims admire him, never get a chance to show him what their love really looks like. His last ignoble snicker will precede his last vision on this earth. 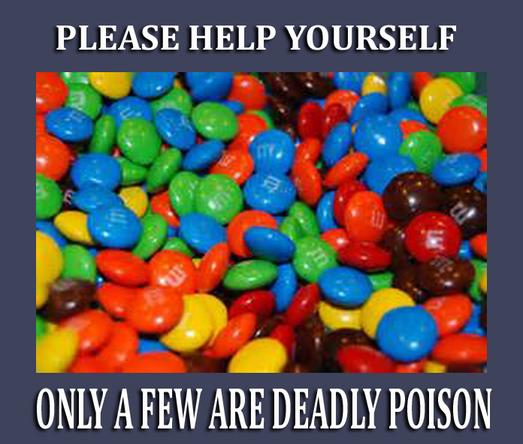 Would anyone enter a restaurant if some of the previous patrons had very recently died of food poisoning? Would you enter if someone promised you most of the food is good and wholesome? Suppose they said only a few items on the menu posed a threat? What if they told you they’ve done nothing to find and remove the dangerous food items? And said they represented such a small percentage of the overall wonderful food available? Would that convince you to feed anything in that establishment to one of your children? Would you encourage others to sit and dine there? Clearly Will Smith, Obama and Hillary Clinton have no worries about challenging those odds. Mostly because their elitist positions will never offer them that possibility. But your family? Not their worry.

A thoughtful warning: As long as the chefs preparing the menu and the purveyors of Islam harbor and champion, death and misery, neither shall belong to a civilized society. Nor may such a society tolerate them. It is as much their duty to fix it, as it is for a concerned society to refuse to exist in fear of it. Dangerous menu items had better go. Or the time will come when the people will close down that restaurant, permanently.

See the original on TPATH.