Written by Dwight Kehoe on November 24, 2015. Posted in Constitution.

In the beginning of our great American experiment built upon freedom and liberty the word militia meant something far different than what most people believe it means today.  The important concept here is that there is a difference, a huge difference.  Interpretation of words, phrases and intent must be made with that in mind.

Words then and now: the Constitution

During the preparation and authorization of the body and substance of the Constitution and the Bill of Rights, the First Continental Congress had already been formed and George Washington had been appointed as the commander of the Continental Forces.  But this was all done under the strong control of England which was, in a sense, a Central Government.  That government and the fear of what all governments were capable of was all the impetus the founders needed in their effort to provide for people control over the government. 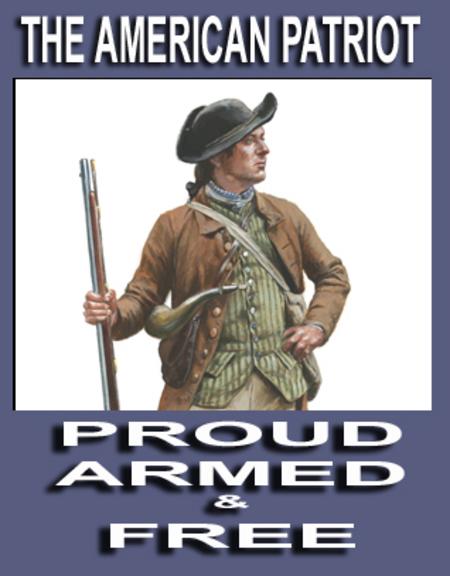 The Founders understood that if the Colonies were to survive they must coalesce and be guided by certain rules. That coalescence would by nature, create the entity known as a federal government.  Keeping in mind that almost to a man, the Founders were part of the elite, far from living the lives of the common man.  They knew, not just from history but from personal observation and experience, how quickly a central government could overpower and dominate the people.  Consideration of tyrannical governments was the inspiration and the essence of every word they wrote in those documents, in their communications with each other and the writings of the Federalist Papers.

Every word they selected was chosen for its meaning, its concept and its logic.  No legal document in history has ever conveyed such clear and concise intent, in as few words, as has the Bill of Rights.

For certain they imagined times changing, the rise of technology and many other issues that might force an adjustment to the Constitution.  For that purpose they included the Amendment process, but made that process difficult to enact.  This of course was to prevent a small number of power people or politicians from overturning the rights, they the Founders, had espoused for all of the people.

This is leading up to, surprisingly enough, the Second Amendment, the one most vilified, the one most parsed and the one most dreaded by a powerful central government.  Over the decades many so called scholars, who were little more than leftist ideologues, have stripped and ripped those 27 words into multiple contortions of unbelievable meanderings.

All of it done for one purpose.  To prevent the true meaning, the true purpose and the true intent of the Second Amendment.  And why do they continuously embark on these efforts?  Simple, any right afforded to the people diminishes government power, proportionately.  It is no more complicated than that.

What constitutes a militia?

Before we go further into what was at that time considered to be a militia, let’s consider what a militia is in today’s terminology.  That would be an organized, trained and armed troop of individuals that would stand ready to be employed by whomever or whatever authority regulates them. A militia could be rebels, could be supporters of a specific government or ideology, they could be anarchists or even patriots.

Some supporters of the Second Amendment, fearing that it refers to only a militia, attempt to deny that the National Guard, which is controlled by the Governors of states are not militias.  But they in fact are.  They fit the old and new description.  That is an organized, trained, armed and regulated group of individuals.

Returning now to our Founders.  A militia at that time was considered to be made up of every able bodied male between the ages of 18 and 35 (this number is debatable) and those people were considered to be a line of defense for their state and communities.  And not just from foreign invasion and tyrannical power grabbing central governments but also to protect the communities from the many indigenous natives who were a constant threat.  Note: That threat in today’s terms would include organized gangs, psychopathic murderers and Islamic terrorists. To name just a few.

Big government supporting scholars, as referenced above, have taken the words of the Second Amendment and attempted to twist them, distort them and cloud their meaning in an effort to deny the people their right to self-defense.  They prattle on about what does “bear arms” mean?  What does militia mean, what does self defense mean.  Even what is meant by the term “arms’.  Remind you of another man who couldn’t understand the meaning of the word “is”?

So we will now make it clear as we show you exactly what those 27 words meant at the time, which is how they should be interpreted in context to the 2nd Amendment or for that matter any document or writing of that time. Word meanings may have changed over the years, but the intent of the Founders never has, never will.

Here are a few pieces of the not so complicated puzzle:

Here now, those 27 words of the Second Amendment:

A well regulated Militia being necessary to the security of a free State, the right of the people to keep and bear Arms shall not be infringed.

Interpretation as of the time of its construction and intended implementation:

*Under the latest NDAA it’s not clear if the President can be refused control over the National Guard.

**At this time the word “people” was used when referring to citizens.  The word “persons” was not used in the founding documents because at the time persons included those not citizens, those who had lost citizenship as a result of criminal convictions and unfortunately, slaves or freed slaves.  None of which were deemed to have the designation of being a citizen.  This was changed, thank God, by the aforementioned amendment process which instituted the 14th Amendment.

***It is important to remember the Founders proclaimed in the Declaration of Independence that our rights were not a privilege endowed upon us by a government, but by God.  In that sense the Second Amendment does not give us the right to self-defense, it removes from the government the legal ability to prevent the people from doing so.